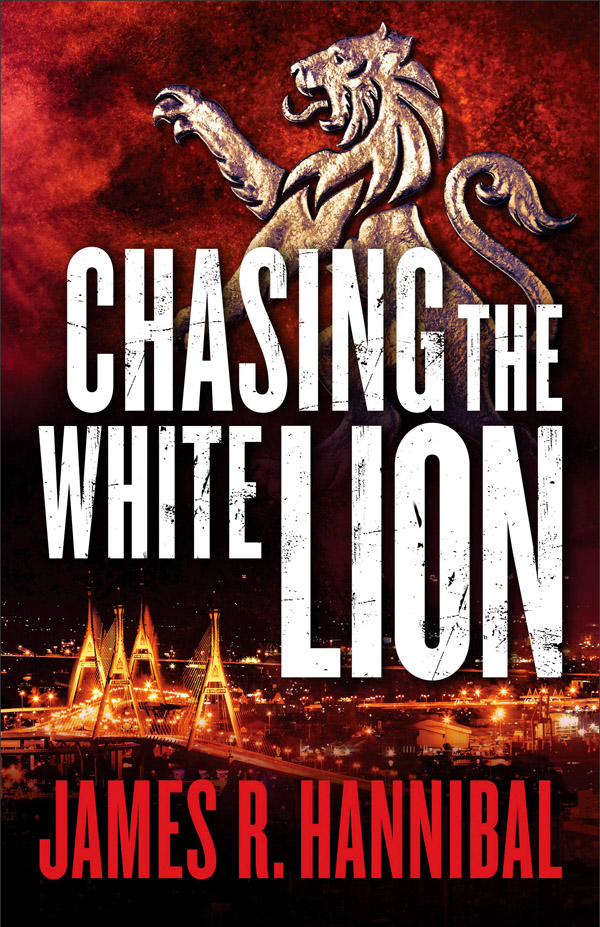 In this second installment of James R. Hannibal’s Clandestine Service Series, follow rookie spy Talia Inger, rogue former assassin Adam Tyler, and their team of thieves as the infiltrate the world’s first crowdsourced crime syndicate to unmask a traitor and rescue kidnapped refugee children. The real organization Compassion International stars in this story, and you can join them in fighting child poverty and slamming the door on human traffickers simply by buying a copy.

A portion of every book sold goes to support Compassion’s work.

“The setup is stunning and unique, and Inger is a splendid emotionally wrought hero. James R. Hannibal just might be the best action thriller writer not named Brad Thor, Brad Taylor or Vince Flynn and all the evidence is firmly on display in Chasing the White Lion.”

“Hannibal captured my full attention with this action-packed thriller . . . He kept me on the edge of my seat the whole time.”

“Run to your nearest bookstore and grab a copy!”

“The tech is still grounded in reality, but there are homages to the more outlandish James Bond-style thrillers (including an underworld casino). This growth into a different sub-genre works very well. In fact, Hannibal makes the change seem effortless.” 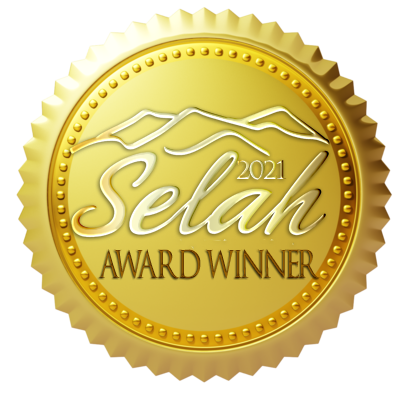 The cab driver cast a nervous glance at the alley’s unlit streetlamps and blacked-out windows. An old man in a mud-stained coat stumbled out of the darkness and passed through his headlights, muttering in the singsong voice of the permanently delirious. The cabbie honked his horn and shouted at the bum, then turned in his seat with a wrinkled brow. “Vot? Ty unveren?”

Here? Are you sure?

Talia Inger smiled, answering him in flawless Russian, refined at the Central Intelligence Agency by America’s top accent coaches. “Oh yes, my friend. This is exactly where I want to be.”

She climbed out and paid him, slipping in an extra five thousand rubles because he hadn’t wanted to drive to that side of town in the first place.

The driver thumbed through the money and gave her a soft, worried smile, as if his next words might be the last she’d ever hear. “You are a nice lady,” he said in his native tongue. “I will

stop at St. Peter’s and light a candle for you.”

Talia reached through the open window and squeezed his forearm. “Spasibo.” She took in a deep breath as he drove away. The night air stank of drizzle and old fish. Glorious.

The entrance to the Som—the Catfish—lay at the base of a stairwell halfway down the alley. Like many of the most interesting places in the world, the Catfish could be found only by those who already knew where it was. The bar had no webpage, no neon sign, just three Cyrillic letters scratched into a black-painted iron door.

Talia pulled it open and absorbed the blast of heat, noise, and cigarette smoke that greeted her, then waltzed past the bouncer like she owned the place.

Several sets of eyes turned her way. Most of the men seated at the bar or tucked into the dark booths were murderers and thieves. Talia didn’t fit the profile, but she didn’t care. She could handle them. She picked the beefiest patron looking her way and met his eyes with a disgusted glare. “Na chto ty smotrish’, izvrashchenets?” What are you staring at?

He growled and went back to his drink. The others laughed.

A wooden table near the back sat empty, lit by the faint red glow of the liquor shelves. Talia pulled out a three-legged chair and checked the clock on her phone. Three minutes until her target arrived. In the meantime, she was content to sit and wait—tosoak it all in. Volgograd, still known to most Americans as Stalingrad, was Cold War Russia trapped in time. For Talia, this place embodied all her preconceived images of intelligence work.

A seedy bar filled with the refuse of Siberia’s prisons.

A rendezvous with a greedy criminal ripe for the turning.

A shot at several years’ worth of vital counterterrorism intelligence. Like she’d told the cabby. This place—this dank, smoky, dangerous place—was exactly where she wanted to be.

Her fish entered the bar a few minutes later. Oleg Zverev remained true to his file photo, down to the blue leather motorcycle jacket. Talia guessed he thought the padding in the shoulders made him look bigger. He thought wrong. Compared to the big gorillas and lithe jaguars at the bar, Oleg looked like a rat wrapped in a blue leather blanket.

The bouncer stepped in front of him, folding his arms, and for a moment, Talia worried she might have a problem. The rat answered with a sour look. The gorilla chuckled and stepped aside.

“Vera Novak.” Oleg spotted Talia at the table and greeted her with the cover name she’d given him. She stood to take his hand, and he held her fingers far too long while his eyes passed up and down her form. “What a pleasure to finally meet you in person.”

What mass delusion made men from every culture think women enjoyed leers and innuendo? Talia slipped her fingers from his grasp. A little sweat. A little hair product. Gross. She sat again and wiped her hand on her jeans under the table. “You can speak Russian, Oleg. I’m fluent.”

“I want to practice my English. Besides, it is safer. The overgrown morons around us can barely speak their own language, let alone another.”

The music blaring from behind the bar—some Russian knock-off of nineties American metal—would cover their conversation, but Talia didn’t argue. “Suit yourself.”

The corners of his mouth turned up as he walked away. “Why can it not be both, eh?”

Moments later, he returned from the bar with a bottle of vodka and two tumblers, which he filled well past the customary level. “Zdor vye.” He tossed his drink back in one gulp.

Talia slid hers aside with the back of her hand. “Nice place you picked. A lot of . . . atmosphere. What kind of name is Catfish for a bar?”

“You Americans. No imagination.” Oleg slid the tumbler in front of her.

Talia pushed it aside again.

He frowned. “Fine. Business. What can best forger in Russiado for Vera?”

“The question you should ask is, What can Vera do for you?”

The flaring of Oleg’s nostrils told her she had his full attention.

“I am listening.” He leaned across the pocked tabletop, bringing with him the stench of cigarette breath and perfumed hair, and reached for the cash. Talia snatched the envelope away. “Not so fast. This is one hundred thousand US, a good-faith payment to show that my employer is serious. First I want to know you’re serious as well.”

“What kind of relationship?”

Oleg let his eyes drift around the bar in poorly feigned disinterest.

“I have many such relationships. My identities are best in Russia.” He pressed his thumb and forefinger together and kissed them with a loud smack. “Best in Russia. I am not copy-shop hack making fake passports. I build complete identities. Documents. Digital histories. Life stories. A hundred thousand will buy your boss five identities.” He raised his chin. “In fact, make it ten. I give him new customer discount.”

The rat raised an eyebrow. “How modern. I cannot wait to meet her.”

“You never will. And she doesn’t want new identities. She wants copies of the identities you create for others.”

The leer dropped from Oleg’s face. “Perhaps my English fails me. It sound like you want me to betray my clients.”

“Don’t think of it as betrayal.” Talia lifted her hand, revealing the full thickness of the envelope—the weight of all that money—and watched Oleg lick his lips. “Think of it as a bonus. You’ll get paid twice for every identity you create.”

The rat’s Adam’s apple dipped. “A bonus. Yes. I like that.” His fingers crept across the table, seeking her permission.

“Go ahead, Oleg. The money’s yours.” She owned him.

Oleg drew back the lapel of his blue leather jacket and tucked the envelope away. “It is very good deal. But tell your boss I pass.”

As if the statement were a command, all the rough patrons at the bar swiveled their stools to glare at Talia. Others emerged from the booths.

Oleg laughed, zipped up the jacket, and patted the envelope inside. “Did you think I would not find out who you were, Miss C-I-A? Identities are my business.” He slapped both hands down on the table. “Like I said. You Americans. No imagination.”