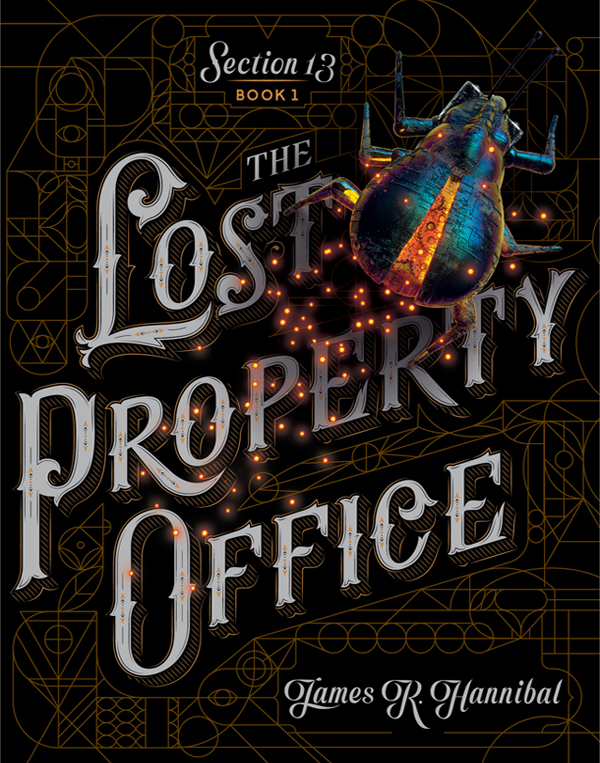 Banned since birth under the strict rules of the Ministry of Trackers, Jack Buckles is a Section 13.

Jack discovered his secret heritage after his father disappeared on a London business trip. His sister, swearing she’d seen their father on the London streets, led Jack to the Lost Property office on Baker Street, a front for the secret Ministry of Trackers. There, with the help of clerk Gwen Kincaid, Jack learned that he is not the third Buckles of his line, but the thirteenth in a long line of British detectives with special hyper-observant skills.

This unlucky thirteenth generation is banned under Ministry Regulations, Section Thirteen. Jack couldn’t care less about ancient regulations or bans. He wishes only to save his father. To do so, he’ll have to run afoul of the four secret ministries, and battle a madman known as the Clockmaker. Jump in to the award-winning Section 13 series and unlock a hidden world of history, fantasy, and adventure. Start your journey with The Lost Property Office.

More about The Lost Property Office

Thirteen-year-old Jack Buckles is great at finding things. Not just a missing glove or the other sock, but things normal people have long given up on ever seeing again. If only he could find his father, who has disappeared in London without a trace.

Jack’s father was not who he claimed to be. He was a member of a secret society of detectives that has served the crown for centuries—and membership into this “Ministry of Trackers” is Jack’s inheritance.

Now the only way Jack will ever see his father again is if he finds what the nefarious Clockmaker is after: the Ember, which holds a secret that has been kept since the Great Fire of London. Will Jack be able to find the Ember and save his father, or will his talent for finding things fall short?

Recommended ages: 9 and up

“A wondrously imaginative tale that will invigorate the child in all of us.”

“Hannibal imaginatively delves into history. The Section 13 series will please readers who like their mysteries with fantasy and action.” 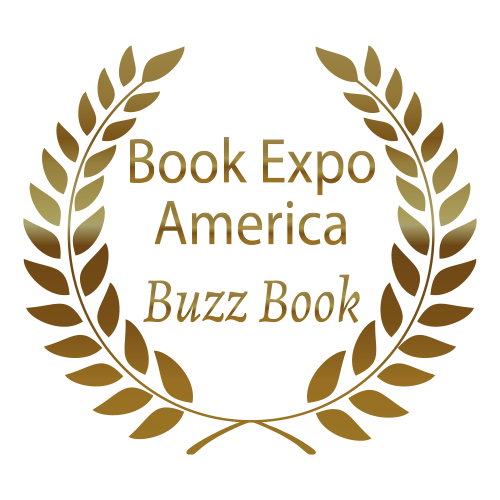 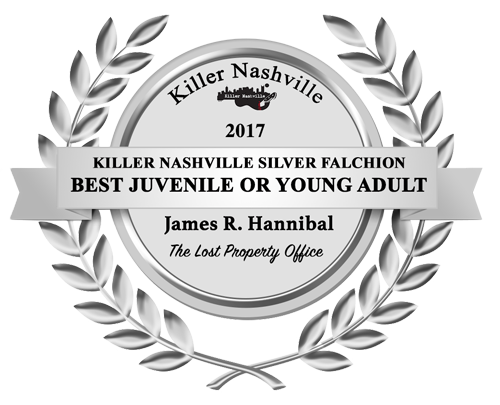 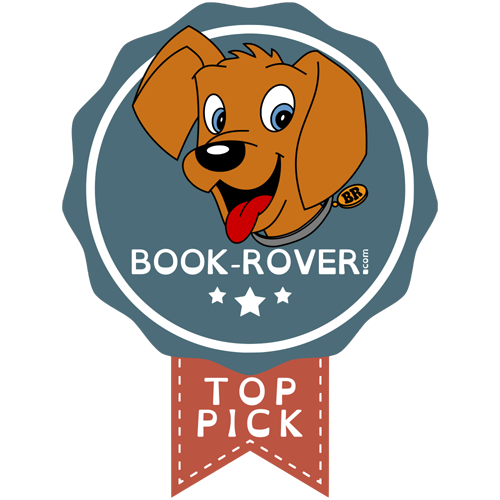 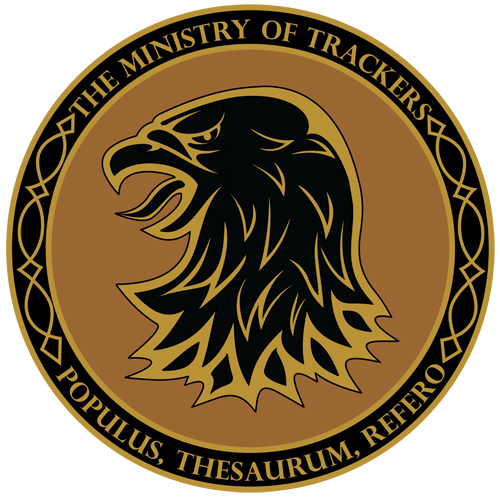 A pair of rather large, blue-green beetles buzzed north over the River Thames, weaving back and forth over the water’s surface in that haphazard pattern that beetles fly. Had they bothered to look, the early morning joggers in London’s Victoria Tower Gardens—wrapped up against the December cold in their leggings and winter caps—might have caught the glint of the rising sun reflecting off iridescent wings. Had they looked even closer, they might even have wondered if those wings were made of some strange metal alloy.

But they did not look. No one ever does.

The bugs did not go entirely unnoticed. A pike leaped out of the river and snatched one from the air for breakfast. As the fish splashed down with its meal, the remaining beetle halted its progress and hovered, buzzing impatiently. The murky brown depths lit up with a muted blue flash and the pike floated lifeless to the surface, a look of dreadful shock in its round eye. The captured beetle crawled out of its gill, shook off a bit of fish goo with an indignant flutter of its clockwork wings, and rejoined its companion in flight.

The beetles left the Thames at Parliament and flew skyward, hugging the eastern wall of the House of Lords. Upon reaching the rooftop, they continued north, dodging dozens of Gothic spires and hundreds of pigeon spikes, before climbing again, this time flying up the southern wall of the Great Clock Tower—known to the world as Big Ben. They alighted on the giant minute hand, rested a moment to watch the long morning shadow of the tower recede along Bridge Street, and then, with the rapid clicking of six metal legs apiece, they crawled down to the hub and wound their way inside.

In the quiet chamber below the clock, Constable Henry Biddle sipped his morning tea. Certainly, sitting in an uncomfortable folding chair and guarding the door to an old staircase was not the post he envisioned when he had joined the Metropolitan Police the year before, but one had to start a career in law enforcement somewhere. Besides, left unguarded, the rickety iron stairs and the open-air bell platform at the top were a real danger to overcurious tourists.

A dull, metallic clunk interrupted Biddle midway through a long sip. He lowered his paper cup and turned in his seat to stare at the lock on the upper stairwell door. He stared, in fact, for quite some time, but the old iron lock made no other sound.

Odd. Biddle gave the door a frown to let it know who was in charge, then returned his gaze to the lower stairwell door across the chamber and raised his tea again. Once more, he was interrupted by a noise—static from his radio. He let out a dissatisfied grunt as he set the tea down next to his chair. Couldn’t a man have some peace at the start of a long shift?

“Nigel, I couldn’t read your last,” he said, raising the radio. “If you’re looking for a report, all’s quiet in the upper stairwell.” Even as he made the transmission, Biddle noticed movement on the radio. He held it farther from his face and saw an enormous beetle perched on the dial, beautiful, with shimmering faceted wings and silvery legs. If it hadn’t moved, he would have taken it for a jeweled trinket. “Oi. Bug. What’re you doing there?”

The beetle’s wings quivered. “All’s quiet in the upper stairwell.”

Biddle’s eyes widened at the sound of his own voice.

The bug launched itself straight at Biddle’s face. A resounding zap and a blue-white flash filled the chamber, followed by a light sizzle and the lingering scent of burning hair. The constable slumped in his chair. His checkered hat fell from his head, knocking over the paper cup and sending a river of tea winding through the joints and crevices of the old stone floor.

The chamber remained silent for several seconds, with the beetles hovering patiently over their victim, until a man in a long black overcoat and a black fedora emerged from the lower stairwell. He swept past the stricken constable, through the door, and up the spiral staircase, with the two beetles heeling at his shoulder like a pair of well-trained hounds.

The man in black climbed right past the great gears and the giant, two-story clockface, all the way up to the belfry, where he stepped through one of the tall, arched windows, out onto the western balcony. There, he leaned against the iron rail, surveying St. James’s Park, and his clockwork beetles hovered before his grizzled face, bobbling against the breeze in the effort to hold their position. “Wind’s from the north, no?” he asked, a French accent coloring his English. He let the bugs come to rest on a gloved finger. “Not for long, mes amis. Papa will see to that.”

The Frenchman peeled back the lapel of his overcoat, revealing a deep inner pocket that undulated with the creeping movement of whatever nested inside, and the two clockwork bugs happily fluttered over to join in. Their master then bent to scrutinize the rail posts, his eye mere inches from the black-painted iron. He fixated on the center post, holding his ear close to the knob and knocking on it with his knuckle. He tried giving it a twist, but it wouldn’t budge. After a frown and another careful knock to confirm his suspicions, he tried again, this time twisting with both hands. With a great crack, the knob finally gave.

Once loosened, the ornament turned easily, and the man in black removed it and placed it in his outer pocket. From the opposite pocket, he withdrew a copper weather vane, green with age and formed in the silhouette of a tall ship. The instrument fit the post as if it belonged there, and he turned it to point the prow of the ship at Buckingham Palace. The northern breeze dropped to a standstill. A fraction of a second later, he felt the barest breath of wind from the west, and grinned. “Voilà. All is set in motion. Now, let us see about poor, lucky Jack.”